In 1999 he legally changed his name to the trademarked Bubba the Love Sponge®, a nickname given to him by a former fellow DJ which appears as such on his passport and driver’s license. His name recognition and popularity grew as the Bubba the Love Sponge® Show became syndicated throughout the US, and he became a top-rated media figure operating out of the Tampa Bay area.

In 2004, Bubba lost his job in terrestrial radio due to widely-publicized crackdowns on “indecency.” During his time off, Bubba made headlines when he ran for sheriff of Pinellas County, Florida in 2004. Although unsuccessful in his bid, he garnered 30% of the vote.

Bubba was able to keep the entire show staff together until Howard Stern brought him to Sirius Satellite Radio in 2006 to be part of his groundbreaking new lineup.

In addition, the Bubba Radio Network returned to terrestrial radio in Tampa in Jan. 2008 with a bang, jumping instantly to #1 in most major demos.

Listeners are equally familiar with and entertained by Bubba staffers such as Seth, Dr. Dan, Babyface, Kevin Hayslett Esq., Blitz, Lummox and more. Bubba broadcasts from his own, private, custom-built radio broadcast and audio/video production facility in Tampa.

Bubba’s off-air interests, such as race car driving, enjoy a prominent place on his show, which has become the “go to” place for people who are interested in fast cars and bikes, hot women, captivating sports, compelling guests, and humorous, real-world political discourse of the “Bubba” kind.

His twelve-year-old car racing son, Tyler, and his mother “JanieCakes” are frequently heard on Bubba’s shows and are
popular figures with fans. Bubba is respected for his ability to attract and maintain audiences with his lightning-quick mind and tongue, his sharp sense of humor, his everyman approach to many non-traditional radio topics, and for the unique lingo he often uses on-air, which fans refer to as “Bubbaspeak.”

Fans of the show are known nationwide as the “Bubba Army,” and are very active in participating in functions and calls to action, where it is not uncommon to have thousands show their strength and support for the show. 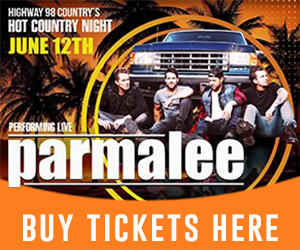