The Cats Roundtable with John Catsimatidis, a true self-made billionaire, philanthropist, and former NYC mayoral candidate, talks with some of the nation’s top newsmakers every Saturday morning on The Cats Roundtable. From politics to pop culture, Senators to media personalities, John gets to the heart of what’s really going on in politics, business, science, and the world!

John’s interview style is about finding the truth — the balance in every story. His honest and straightforward approach allows his guests to relax and deliver candid answers that set headlines.

The Cats Roundtable is heard on 16 radio stations and is also available 24/7 at www.catsroundtable.com and everywhere podcasts are available.

Dr. Michael Lange, Board Certified Optometric Physician and Certified Nutrition Specialist  has been hosting a popular talk show called “Ask the Doctor” since April of 1993. He can be heard through out the world via multiple radio stations and the internet . This talk show is dedicated to the listener, and is all about educating the public about the latest in eye care and nutrition. Dr Lange also has degrees in Psychology and Physiological Optics . His educational background and years of clinical experience enables him to tactfully handle just about any questions that comes over the air. His unique gift of discussing even the toughest questions in easy to understand terminology has made him a very popular talk show host with all ages. Dr Michael Lange’s website will help keep you abreast of the latest advancements he discusses weekly via social media, blogs, videos, podcasts and much more  www.drmichaellange.com

When Dr. Lange is not seeing patients at The Lange Eye Institute in The Villages Florida he is involved in Research and Development of nutritional products, diets and supplements for the support of the visual system and entire body. He was not satisfied with the typical vitamins and health food supplements that were available over the counter, so he started the Fortify Vitamin company in 2005. He has developed a line of vitamins for eye and total body health called Fortifeye Vitamins that are being recommended by health care providers worldwide. He has developed evidence based supplements to bring the latest in nutritional support to the eye and entire body.  In 2019 Dr Michael Lange launched Fortifeye Performance Nutrition line to compete in the sports nutrition market. These supplements are designed to enhance muscle synthesis, strength and endurance at any age.  More information on the Fortifeye Vitamin line is available at Fortifeye.com.  Dr Lange also owns Paleo Simplified a company that develops paleo energy bars, foods and granolas for the global market and he stays busy developing new healthy recipes for this company.  Dr Lange has a very tight schedule however he finds the time to spend with family and workout in the gym for 1 1/2 hrs a day.  He also takes some time to enjoy the sport of automobile racing and motocross.  He is a full competition  race car driver in both SCCA and NASA . He races formula , LMP3 prototypes ,GT race cars and has been known to twist the throttle  at many motocross tracks .

Heavy rains, leaky roofs, bad air quality… you’ve got damage, now what do you do? Get answers on the all new Air Quality Assessors Radio Show. From air quality concerns, mold, allergens, the law, and insurance, we cover it all!

Lee A. Siler was born in Brooklyn, New York in 1964. After college, he began managing client assets and has been doing so for more than 26 years. His FINRA licenses include the Series 63, 65, 7, and 24. He also holds the life insurance, health insurance, and annuity licenses.

He started his own firm in 1994 and within four years was given an award from Governor Jeb Bush to recognize his firm, Stockdr.com, as one of the top 100 fastest growing companies in the State of Florida with over $170 million in assets.

In 1997, Mr. Siler started a radio show that aired locally in the State of Florida. By late 2000 it was picked up by a national syndicator, the Business Talk Radio Network. “The Stock Doctor” was broadcasting in over 60 U.S. radio markets on radio and worldwide via the internet. His nickname, the Stock Doctor, became a household name nationwide as his investment knowledge and market conversation became daily appointment radio. In 2010, Mr. Siler stopped doing daily radio broadcasts so that he could focus on his existing clients. Mr. Siler has continued to appear on radio and TV with more than 100 television broadcasts, including a New Year’s Eve appearance on the NBC Nightly News with Tom Brokaw.

His hands-on proactive investment management is one of the reasons why clients seek out investment advice from Siler Wealth Management. He employs a terrific and knowledgeable support staff but is personally involved in every client’s portfolio management.

This investment philosophy has helped his clients achieve their goals no matter what the market conditions may be. (Past performance is no indication of future results.)

Lee and his wife Dora live and own their businesses in Central Florida.  They are active in several charities including the muscular dystrophy association as well as anything benefiting veterans and the United States Military. 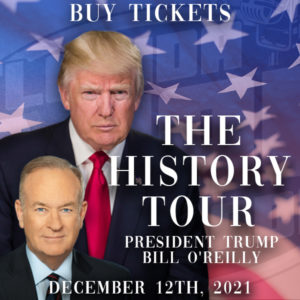